Who discovered the secrets of the maple sap?

Long before the arrival of European settlers in North America, Native American tribes have discovered how to collect maple sap and turn it into syrup. Some say that in the spring, a little squirrel climbed up a tree trunk, bit a branch and began to drink. A Native American at the bottom of the tree looked at it and wondered why since a source of fresh water was running nearby. He imitated the squirrel by cutting a slit in the trunk with a knife … What a surprise! Until then, his tribe was finding some sugar in wild fruits and now a tree was crying crystal sugar tears. From there, Native Americans stated to notch maples trees sugar with their hatchet and hanging a container made of bark to collect the sap. When our people came to America, the natives made them discover the virtues of maple sap. They showed them how to use it. From harvesting to cooking it to make various types of products such as maple syrup, taffy and maple sugar. 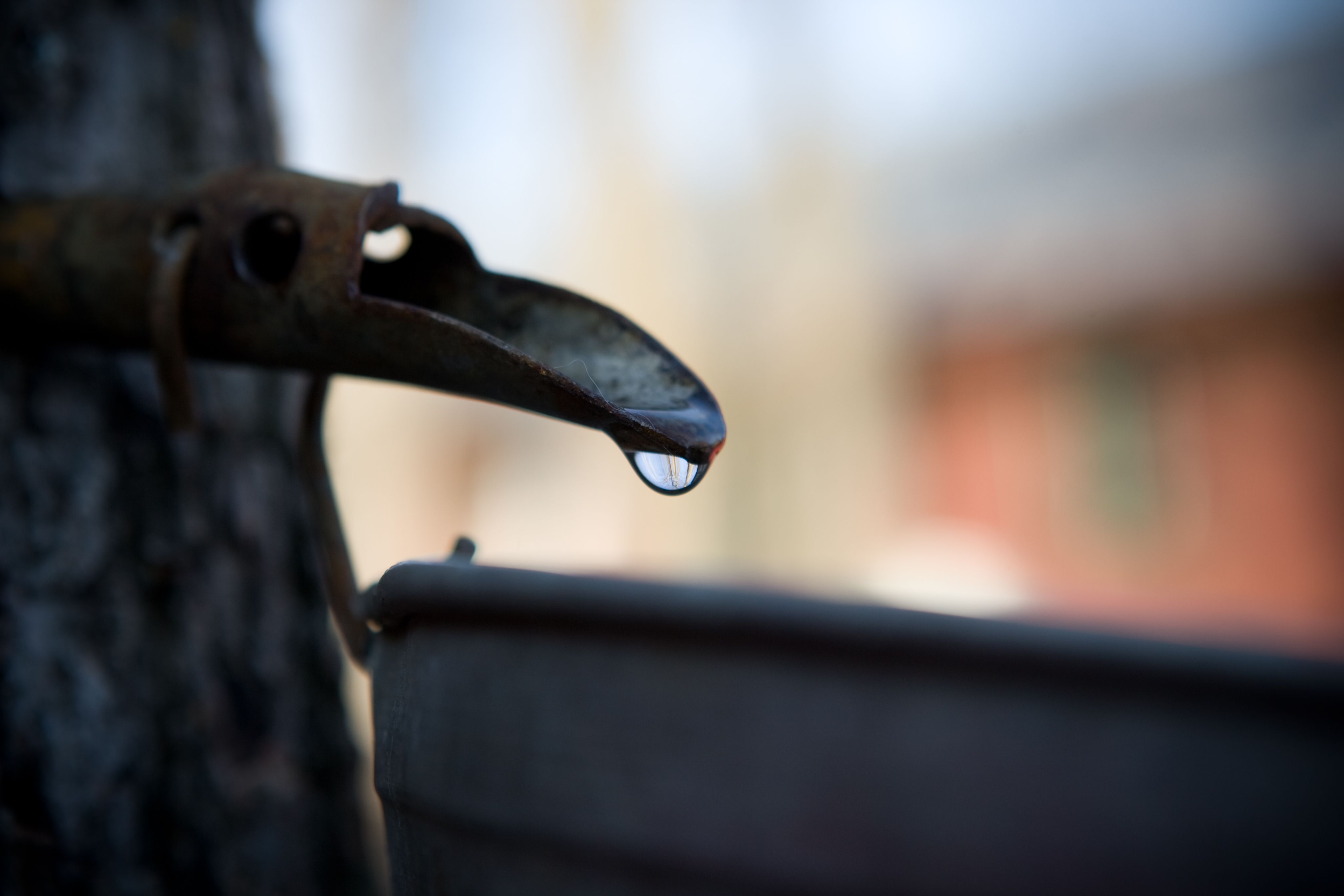 How is maple water produced?

In spring, when temperatures warm, the water in the trees goes up and causes pressure inside the tree. Cold nights followed by days the temperature is above zero, favors the flow of sap. So if it does not freeze at night, the water does not flow the next day. Our ancestors have improved sap harvesting techniques using a crankshaft, beaks and metal seals. They would pierce a hole with the crankshaft, making the sap drip from the beak into the seal. The collection was done with horses that pulled a sleigh carrying with a big barrel in which they emptied the seals manually. Today, harvesting is done automatically with a system of blue tubing linked to the boiler. In the boiler house there is an evaporator, heated by wood logs in which the sap is transformed into maple syrup by evaporating the water. In average, it takes 40 liters of sap to make one liter of maple syrup. Longer you boil the sap, more the water evaporates and the last product obtained at the end of a long evaporation is the maple sugar. Evaporation has a good sweet smell that pervades throughout the sugar shack. If evaporation is stopped on time, we obtain the taffy. Eating taffy is a sugar shack tradition. We extend the taffy on snow and using a wooden stick, we roll it and eat it like a frozen lollipop. In order to prevent overflow of evaporation tanks while making taffy, some sugar shacks use a synthetic powder. Here at the Chalet des Érables, we use the traditional method which is to coat the edges of the tanks of a natural fat. Several options can be used (lard, butter etc.), we use butter. The fat controls the sugar expansion and does not alter the taste of the products obtained. Please note that this method can be an allergen source for people who have an intolerance to dairy products. 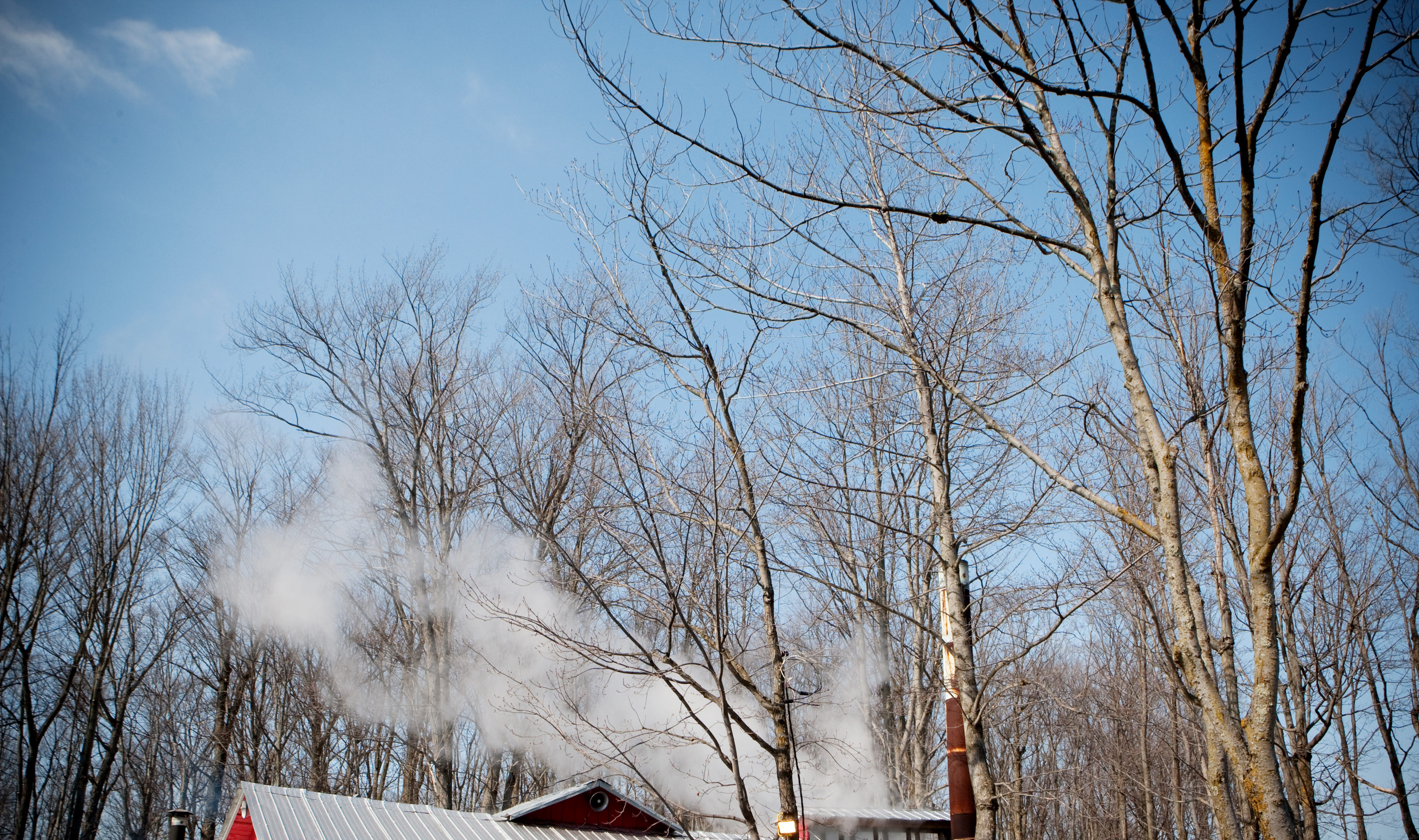 The Chalet des Érables is …